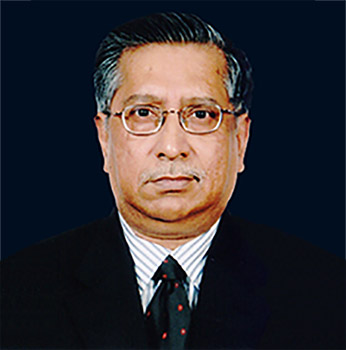 Chittagong Port has very rightly been called the heart of the national economy that has been playing a pivotal role in the export-import trade of the country as well as the national economy and in all consideration, justification and practicality it is really so. This prime seaport of the country is the principal gateway for the export-import trade of the country. If Chittagong Port is considered the ‘heart of economy’, the private Inland Container Depots (ICDs) or the Dry Ports, also called the Off-docks, are to be termed the principal nodes of arteries and veins to that heart without which the heart would stop pumping or functioning.

If we care to take a glimpse at the statistics of Chittagong Port over the last decade or more, we would find that in 2003 total volume of containers handled by Chittagong Port was 624,560 TEUs and in 2015 it came to 2,024,207, i.e. the volume more than tripled in a span of 12 years marking an overall growth of 224%. Chittagong Port Authority (CPA) ostentatiously celebrated touching the milestone of handling 2 million TEUs in 2015 although it was supposedly marked to do so in 2016. The growth of container traffic through Chittagong Port has been astronomically considerable and it will remain so or even more in the coming years and it goes without saying that it is a very strong indicator of national economic growth which will obviously contribute to gross domestic product (GDP) of the country. Now against the backdrop that there has hardly been any remarkable expansion in Chittagong Port in the last decade the question that inevitably comes to fore is how Chittagong Port has been coping with this huge container traffic growth over the years. The simple reply should be: private inland container depots (ICDs) or off-docks that have been relentless working twenty-four seven around the year.

It is the private ICDs that have worked in strong coordination with Chittagong Port and kept this heart of economy beating in a rhythmic, healthy and sustainable way. Handling of about 92% of export goods including 100% of readymade garments (RMG) that used to take place in Chittagong Port even up to the end of the twentieth century is now being done by the Private ICDs and this export goods include all sorts of exportable RMG products worth USD 26 billion as well as other goods like jute and jute products, leather, tea, vegetable, beverage, handy crafts, bamboo, fabric, broken plastic, ceramic, scrap, sugar, chemical, building material, ship spare parts etc. Apart from this, private ICDs handle 26% of the total containerized imported goods that come through Chittagong Port. The last but not the least, these ICDs store a huge volume of empty containers which is collectively almost ten times the volume usually stored by Chittagong Port and this huge storage of empty containers plays a very significant role in keeping the export-import trade running.

With the prudent and visionary guidance of the present government, Bangladesh has already been able to achieve millennium development goals (MDG). No we are all focused to reach sustainable development goals (SDG) by elevating out GDP to seven. The way the country’s economic growth has been advancing, it is very much possible. The ready-made garments sector is all set to attain their target of 50 billion at the 50th anniversary of Bangladesh’s independence, i.e. by 2021. Undoubtedly two of the most important instruments to vision 2021 is Chittagong Port and the private ICDs. In order to nourish private ICDs, the government should extend all-out patronage towards this sector so that it can contribute the most to national and economical betterment towards achieving vision 2021 development goals. ICDs owners sincerely think and feel that this dynamic government will do the needful so that the sector does not suffer and continue playing their role as per international standard comparing the neighboring countries.